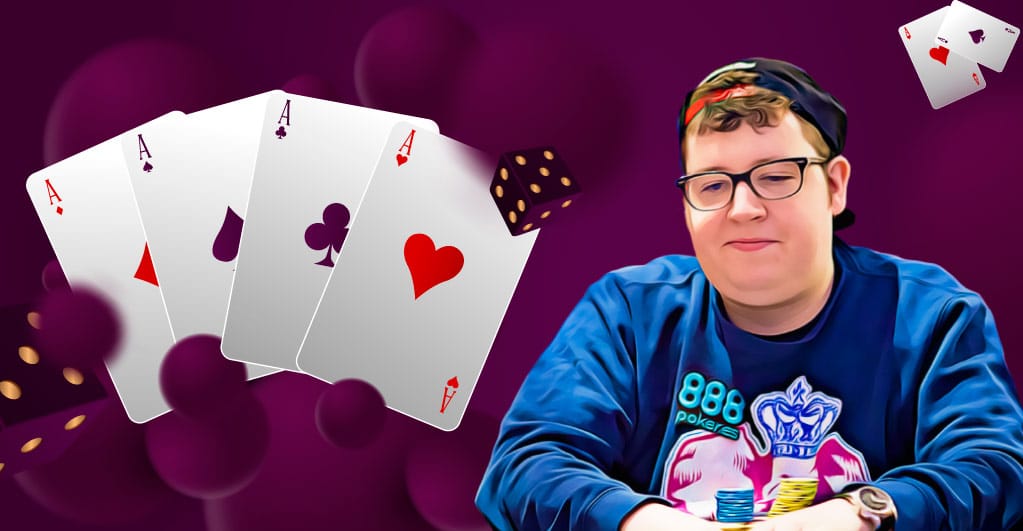 Parker “tonkaaaa” Talbot aced the biggest online poker competition on July 29 and secured a sky-kissing score along with the prestigious title of champion of the Stadium Series Freezeout Weekly Final High: $2100 NLHE [8 Max]. The world-famous Canadian poker player played most diligently at the poker table to turn his meager investment of $2100 into a whopping $261,489 to be added to his bankroll.

Parker Talbot competed against around 768 players at the freezeout final round that was worth $1.5, out of which, only 87 players aced a chunk of the prize pool of $1.5 million. The payouts of the poker tournament went to the big names of the poker world, and of course, the lion’s share was won by Talbot. Among the players who received generous portions of the prize pool include popular poker personalities like Viktor “papan9_p$” Ustimov, Simon “Igorkarof” Pedersen, Max “goodeh99” Silver, Michiel “utreg” Brummelhuis, and Thomas “MarToMchat” Bolvin. The former Sunday Million champion “losero88” finished ninth, secured $23,615, and got eliminated, and the tournament proceeded to the last round to be played by the finalists.

The player at the eighth position was “LeslieGroves” of Russia. He clashed with Talbot, made an unlucky move, and got eliminated. The player who got eliminated next was Anton “Bomber&Granater,” Wigg followed by in his game with the Ukrainian player “VladTheSlaye.” “thx4urm0n3y” finished sixth against “VladTheSlaye” and the British player Phil “Grindation” McAllister won against Andre “Donig” Lettau. The last few matches witnessed cut-throat competition and Parker Talbot finally emerged the winner.

The tournaments of Stadium Series shall run daily up to August 2. Visit the lobby of the PokerStars tournament to buy a spot at the competitions. If your bankroll does not permit the more significant events, then go for the multiple cost-effective routes to be a part of the grand Stadium Series tournaments. The top players of the tournament receive free tickets to the weekly Stadium Series Sunday Finale rounds. Make it to the final rounds of the game to ace the splendid gift of a ticket to the Grand Finale that is worth $5200 to compete with the other players for a share of the $5 million prize pool.

The Teams Of PUBG Gamers Qualify For PMWL 2020